The IR suppressor has zero effect on the Gazelle 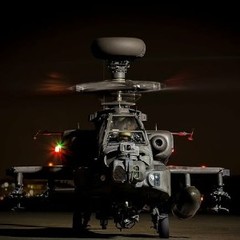 By Mad_Shell,
July 17 in Bugs and Problems