Do I need to use a custom script? 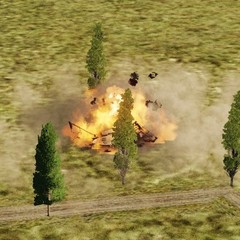 By NeuralBlankes,
June 5 in Mission Editor Discussion and Questions