What do people thinking of having to align the Mavs? 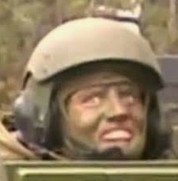 By Pekins,
January 9 in Wishlist