ED NTTR is such a great map, Why not add Fallon and Lemoore? 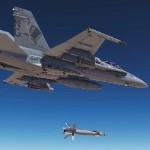 By Legendofdino,
July 26, 2020 in DCS: Nevada Test and Training Range