Body of the pilot and voice of the female driver and not only ... 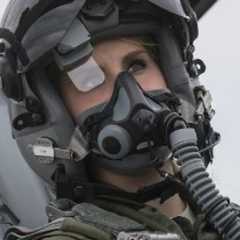